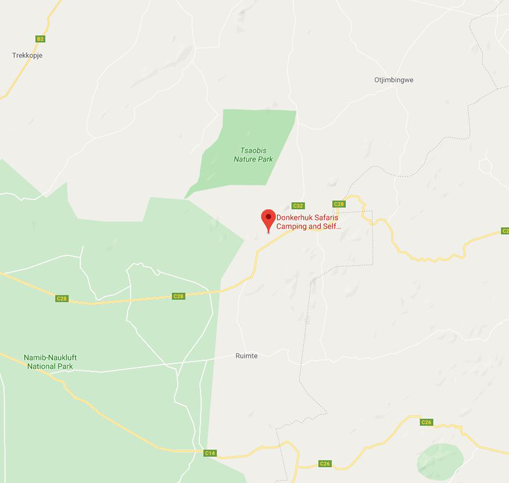 In our main hunting area, situated 4 hours drive west of Windhoek, near the famous Naukluft National Park, we have access to roughly 700 000 acres of private land. The area consists mainly of mountains, combined with acacia bushveld and is well known for its rich wildlife. We oﬀer most plains game animals in this area and the elusive leopard.

Our main Camp, consists of three en-suite luxury tents. All equipped with hot water and electricity that runs on solar panels. Theses tents provide private, exclusive accommodation nestled between granite hills. Each tent has a private veranda for relaxation and the central lapa area consists of a bar and dining area where guests can kick off their shoes, sit back and enjoy our beautiful sunsets. 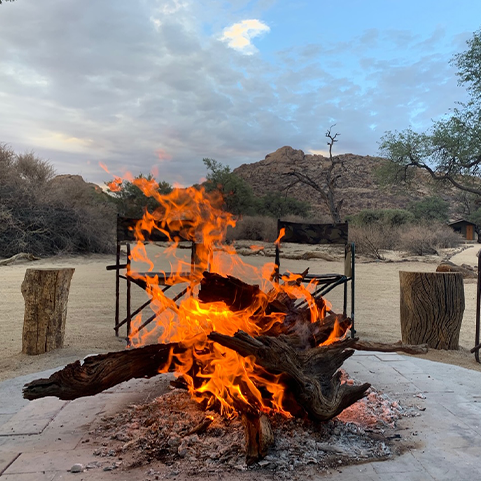 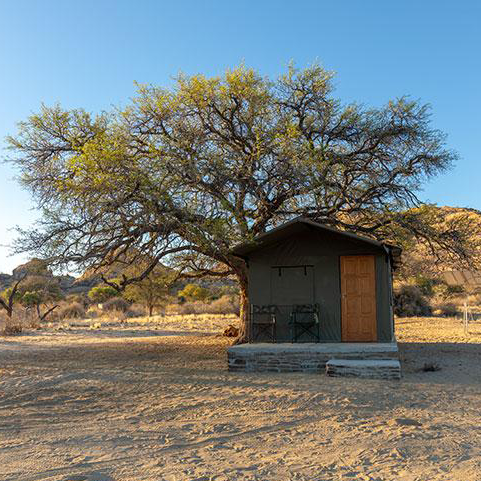 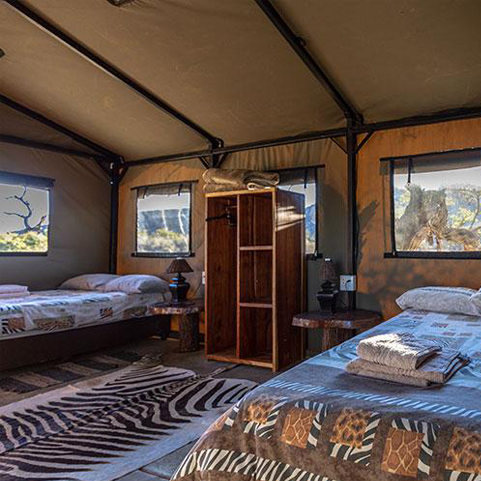 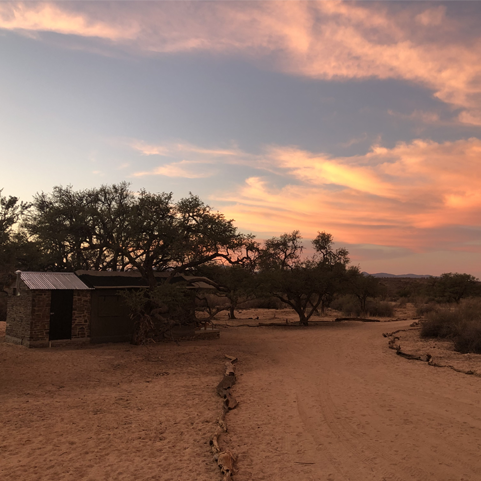 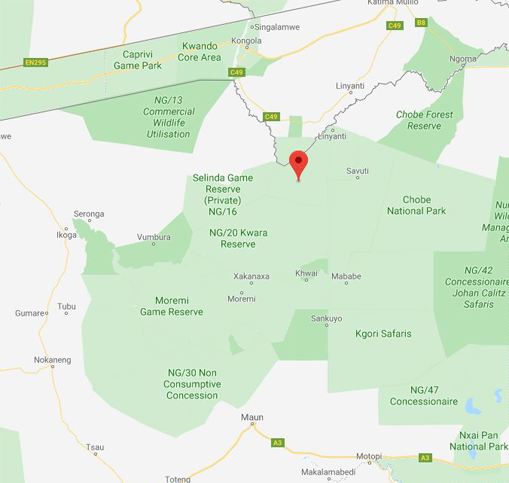 There are no human settlements, habitation or fences in this concession area, except for our hunting camps. Professional, qualiﬁed guides with intimate knowledge of the country and its wildlife will guide you through the true old African Safari. We mainly oﬀer Elephant Safaris in this hunting area.

The main camp, has four spacious tents, each with an en suite bathroom consisting of a shower, toilet and hand basin. Each tent has two luxury wooden beds with wardrobes and bedside cabinet, a table and two chairs.Tents are supplied with 12-volt solar power electricity. 230 volt DC power is available for the recharging of batteries in the dining area. The dining and bar areas are under thatch and canvas. The bar is well stocked with a refrigerator and ice. A satellite phone is available at an extra cost. 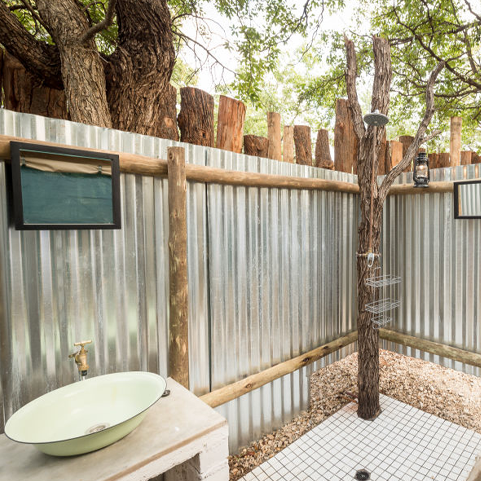 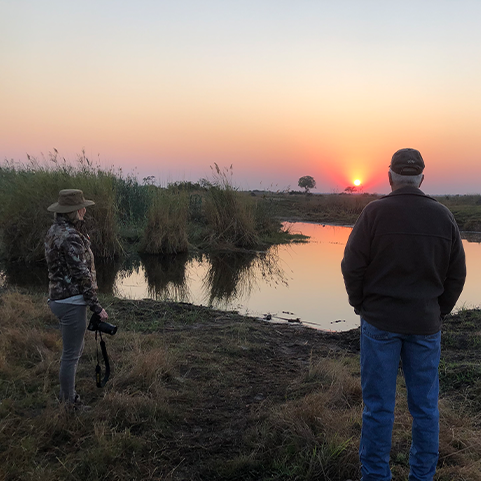 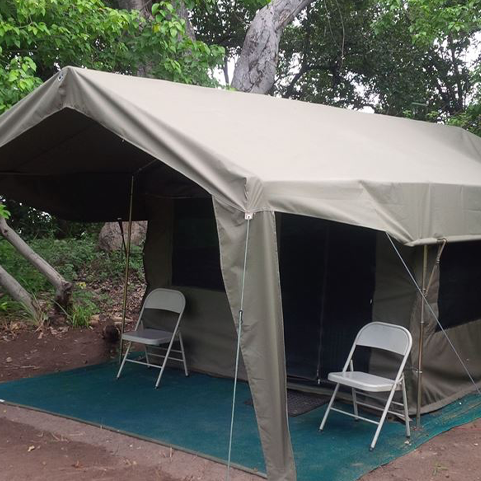 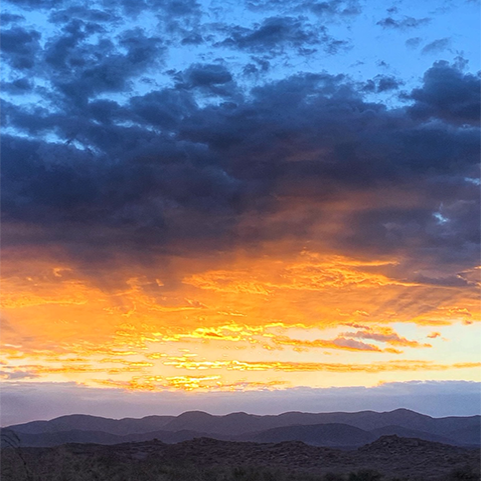 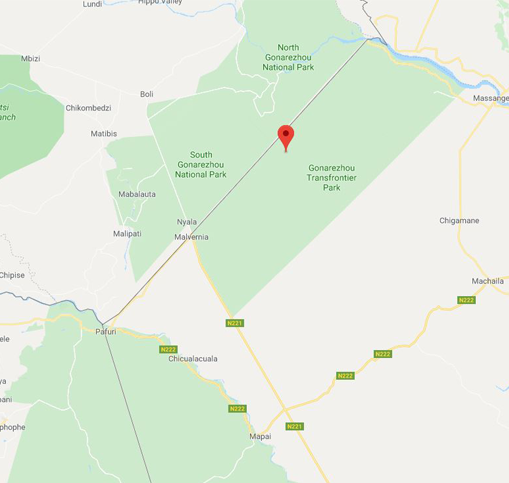 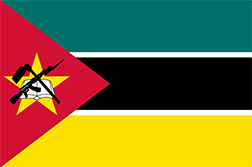 Mozambique is widely regarded as one of Africa’s premier hunting destinations for dangerous game. Hunting areas in Mozambique are open territories, not fenced. Hunting in Mozambique begins in a 4×4 vehicle from the camps, then once in the bush, tracking on foot but sometimes done by tracking directly from the camps. In this area, just 3 hours north of Pafuri Gate in Kruger National Park, bordering the famous GonareZou National Park in the south east, we mainly oﬀer buﬀalo hunting.

Our traditional Safari camp is situated in the central part of the concession which makes access to all areas of the concession possible within a reasonable time (due to the vastness of the area). Each chalet is en-suite with hot and cold running water. Each bed is equipped with its own Mosquito net and power is supplied by means of a generator. We also have “fly camps” that we make use of if we need to sleep close to an area that we want to hunt in early the next day. These camps are comfortable, complete with hot showers and Mosquito nets. Sitting under the stars at night after a hot shower and a great meal, listening to the night sounds is the best way to merge with nature. 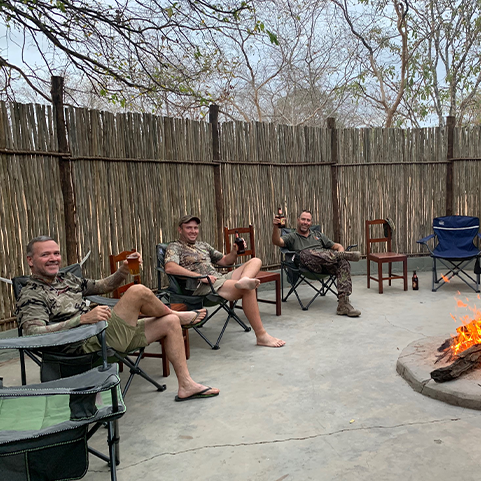 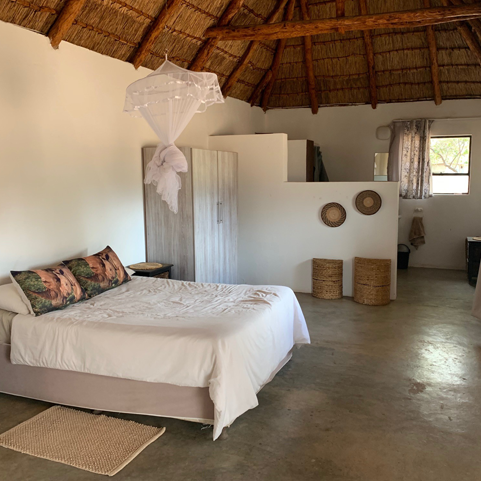 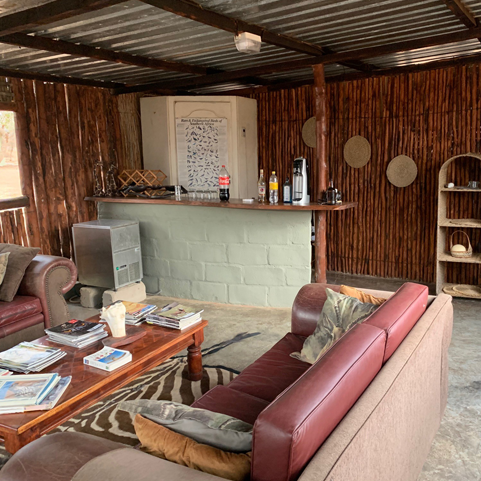 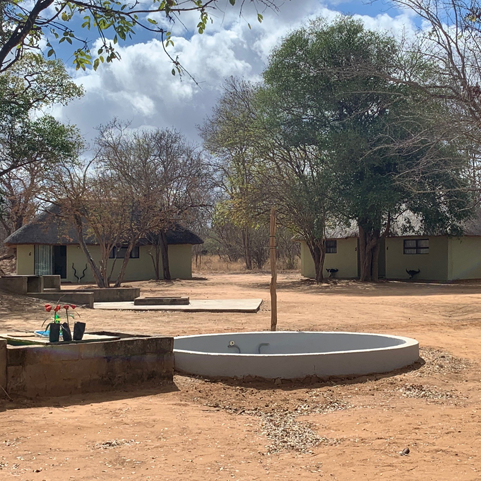